Robert Logan traveled the world, spent most of his life in Butte, and started out a slave.

He never knew his parents. At age one, in 1859, he was sold into slavery in Lexington, Kentucky for $150. His master, Edward W. Powell, raised race horses, and Robert rode as a jockey as well as performing other duties for Powell and other horsemen. When Logan was 17 he fled Kentucky and for the next dozen years survived one way or another. In 1890, he arrived in Butte. According to the 1890 census, there were 1,490 African-Americans living in Montana then.

Logan took one of the only semi-professional jobs available to a Black man in 1890, as a porter on the Butte-to-Salt Lake run of the Union Pacific Railroad. During layovers in Salt Lake City, he took voice lessons from Evan Stevens, the Director of the Mormon Tabernacle Choir, and other voice instructors in Salt Lake City. They helped him make his deep voice into a world-renowned instrument. 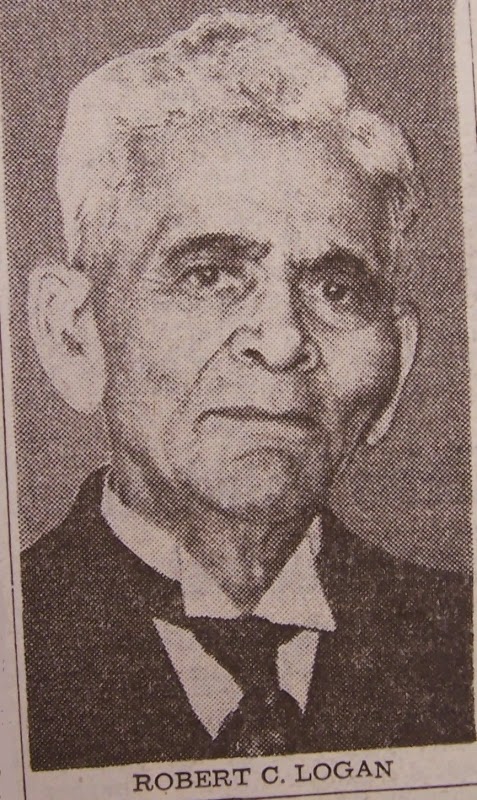 Logan sang in 1896 before 30,000 people at the Welsh International Eisteddfod musical competition in Denver and was the only non-white finalist. The winner “was a foregone conclusion,” a Welshman, but Robert Logan came in second. This launched his career as a singer.

In 1899 he joined a Black minstrel group, the Georgia Minstrels, that performed in 40 states, 10 Canadian provinces, Hawaii, Australia, and New Zealand. His deep bass voice became famous. “His range covers more than two full octaves with his lower notes resembling the distant vibration of thunder,” according to a New South Wales newspaper review in 1899. And in Hawaii, he reportedly portrayed Simon Legree in Uncle Tom's Cabin so well that the "audience was ready to do him bodily harm."

The troupe included Butte on its itinerary, and when in Butte they often performed at parties hosted by William Andrews Clark, Jr., presumably at Will’s home on Galena Street. W.A. Clark., Jr. was the founder of the Los Angeles Philharmonic Orchestra in 1919.

Logan tired of the traveling performer’s life and returned to Butte permanently in 1905. He took a job as janitor for the Miner’s Savings Bank and Trust on West Park Street when they opened their doors in 1907, and held the job until he retired in 1935. He continued to sing with the Bethel Baptist Church choir – he and his wife Elizabeth lived at 112 S. Idaho Street, just two doors north of the African-American Bethel Baptist Church at the corner of Idaho and Mercury. Robert and Elizabeth organized the choir, and Elizabeth was the accompanist until her death in 1935. The sites of the church and the Logan home are occupied by the Fire Station today.

He continued to sing for special events, including the 1921 funeral of General Charles S. Warren at Mountain View Methodist Church. Warren was the first Chief of Police in Butte, a co-founder of the Inter Mountain Publishing Company, and a charter member and first president of the Silver Bow Club. Warren Island, in Lake Pend Oreille, is named for him. Warren lived at 211 S. Washington, so was a near neighbor to Robert and Elizabeth Logan.

Even at age 83 Logan was a soloist and singer with the Butte Male Chorus. He died in 1945, remembered as one of the greatest bass singers of his day. Robert and Elizabeth Logan are buried in Butte's Mt. Moriah Cemetery.