The first house in Butte 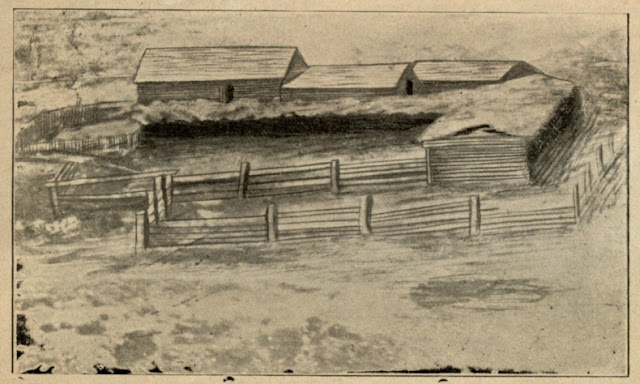 It’s fairly common knowledge that the first home built in Butte was located on what is now East Quartz Street. For me, at least, that was all I knew.

But the special edition of The Butte Bystander newspaper for April 15, 1897, recounts stories of “old timers” and Butte history that is lost, including the sketch above of that first house.

Prospectors the Porter brothers, Dennis Leary and George W. Newkirk built the house and outbuildings in 1866. Their living quarters was the taller building at left, beyond the corral. Behind the house (to the right) stood their blacksmith shop; next to the right was a horse stable. They kept milk cows in the shed at right front. The view here looks west, so Quartz Street would be along the left side of the image. 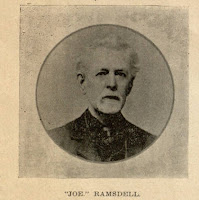 The men established the Parrot claims with Joseph Ramsdell and built a small smelter (likely Butte’s first) on the lower reaches of Town Gulch (Dublin Gulch) not far from this house. They could not make the fire hot enough to get molten metal to flow, so the smelter failed. They tried again on Parrot Gulch, right below the mine, employing a windmill fan to create a draft in a crude blast furnace, using an 8-horsepower threshing machine as the driving source for the fan. That one failed as well. The Parrot and Ramsdell Parrot Mines would go on to become important excavations, both more than 1,000 feet deep, and other smelters would succeed.

The partners sold the buildings above in 1869, to become the core of the Girton House, an early hotel. This makes it easy to determine the precise location for this first house in Butte: East Quartz, between Main and Wyoming, on the north side of the street, just east of the alley that runs north to Copper Street. A parking lot today.

In 1884, the Girton House (#17 in Bird's-Eye view at left, and including the two-story building above the word "Quartz") was just west of one of the early Miner’s Union Halls, which stood on the northwest corner of Quartz and Wyoming.

The building survived in 1891, as the Cotter House, successor to the Girton, but by 1897 the space was covered by waste rock from the Gold Hill mine, whose shaft stood just to the north, below the intersection of Pennsylvania and Copper Streets. There has not been a building on this spot since before 1897.